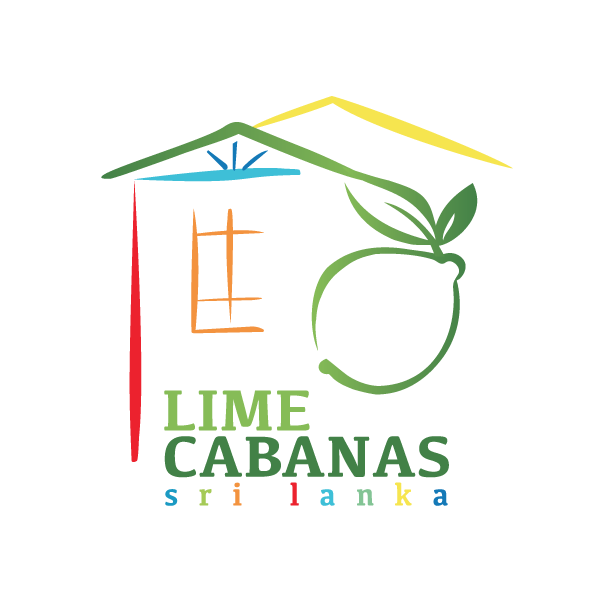 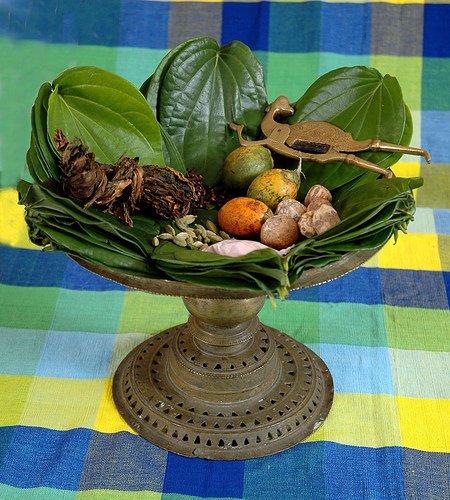 Chewing betel nut in Ceylon goes back to hundreds of years. There is no any evidence of exact origin place or time of betel nut, we can guesstimate ancient Ceylonese the habit of betel nut chewing acquired from Indians. In India “Paan” chewing with a little variations, is similar to Bulath Wita in Sri Lanka. Monarchy era the king had a special “Nilame” (Nilame – special nominated person for specific task) to prepare bulathwita, he’s mastered in making betel nuts for the kings’ preferences, It’s called “Rajakiya wita” and it had a distinctive method and ingredients. Cookery book of Kandyan palace of Pro. P.B. Sannasgala reserving a section for Bulath kema in the palace.

If you travel around Sri Lanka a small betel shops (Petti Kada) are common scenary, which sell prepared betel nuts (Bulath Wita). Most of the locals are used to buy and chew bulath wita while traveling or work outside. Ancient Sri Lanka, when the time the shops were not around Ceylonese used to carry their own wita in a small container called Bulath Pahiya (Betel bag) it can be worn in the waist belt.

To prepare a perfect Bulath Wita, Betel nut lovers use Betel, Areca nut, Slaked lime and a piece of dried tobacco. Some use Cardamom, Cloves, Cinnamon and nutmeg to give a refreshing palate to the mouth. There are few methods of preserving Areca nuts. Some villagers soak Areca nuts in Mud ( Mada Puwak ) while some dry the nuts ( Karunka) in the sun after removing the husk and the bran. Areca tree is a Palm type of a Tree can be seen mainly in Asia.

Betel leaf has brought from Nagaloka (the world Naga live) as a gift, a story says. It has the shape of a Naga head (Snake). Villagers, before prepare a Bulath wita, tail and the stalk are removed by using the thumb nail and the index finger nail as it might contain any remain toxics. In lives of traditional Sinhalese, Betel leaf has a religious and cultural value, whenever they invite to a wedding, almsgiving or a religious ceremony, it’s a tradition to offer a “Bulath Hurulla” ( a bunch of betel leaves ) to the invitee.

Slaked Lime is an essential substance for a perfect Bulath Wita. Lime gives the red color to the mouth and should be used adequate amount. Dried tobacco gives a narcotic affect and unfamiliar get dazed. Best remedy for a dazed person feed some raw rice or a little sugar. Elders who can’t bite Areca nuts a small mortar and a small pestle are used to bray the wita.

Chewing betel is popular in most of the Asian countries, such as India, Bangladesh, Pakistan and The Philippines. According to the health guidelines Areca nut is carcinogenic and lead to oral cancers. Therefore WHO advices the betel lovers to quit for a healthy life.

Green and eco-friendly Lime Cabanas is a true paradise gateway. If you are looking for homely atmosphere and common touch, this is the perfect place for you to be!

Srilanka is getting ready to welcome tourists from 1st of august 2020.